Fluoropolymer tubing and pipe producer Altaflo has achieved ISO 9001:2015 certification, officially recognizing the company’s adherence to international industry standards. Since its inception in 2006, Altaflo has placed a priority on providing high quality products and services for their customers, and this certification reinforces their commitment.

ISO 9001:2015 is one the latest revised editions of over 19,000 official international standards released by ISO, which is an international and independent non-government organization providing international standards for a wide range of industries including technology and manufacturing. Only companies that have proven their consistent adherence to stringent process controls and quality efforts are awarded certifications.

Altaflo VP of Business Development, Mary Hyde, said the achievement is a proud moment for the business.

“This achievement is extremely valuable to the Altaflo community as we move forward into markets with more stringent and critical requirements. The certification is an official documentation of our continued commitment to excellence, providing pathways for continued growth and development,” Ms. Hyde said.

Acting ISO Secretary General Kevin McKinley said ISO 9001:2015 allows organizations such as Altaflo to adapt to a changing world. “It enhances an organization’s ability to satisfy its customers, and provides a coherent foundation for growth and sustained success.”

Altaflo is an innovative U.S. producer of high-performance fluoropolymer and fluoroplastic extrusions used for a variety of industries. As part of their high standard of manufacturing, Altaflo uses 100% virgin high performance grade resins to provide the best physical properties for each application.

Posted in: Latest News and Information

Next post
Fluoropolymers: More than Nonstick Pans and Semiconductors

Do you have a question? 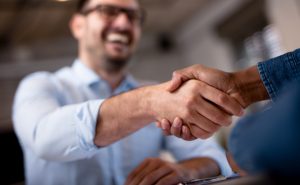 Sign up to recieve the latest news and special offers